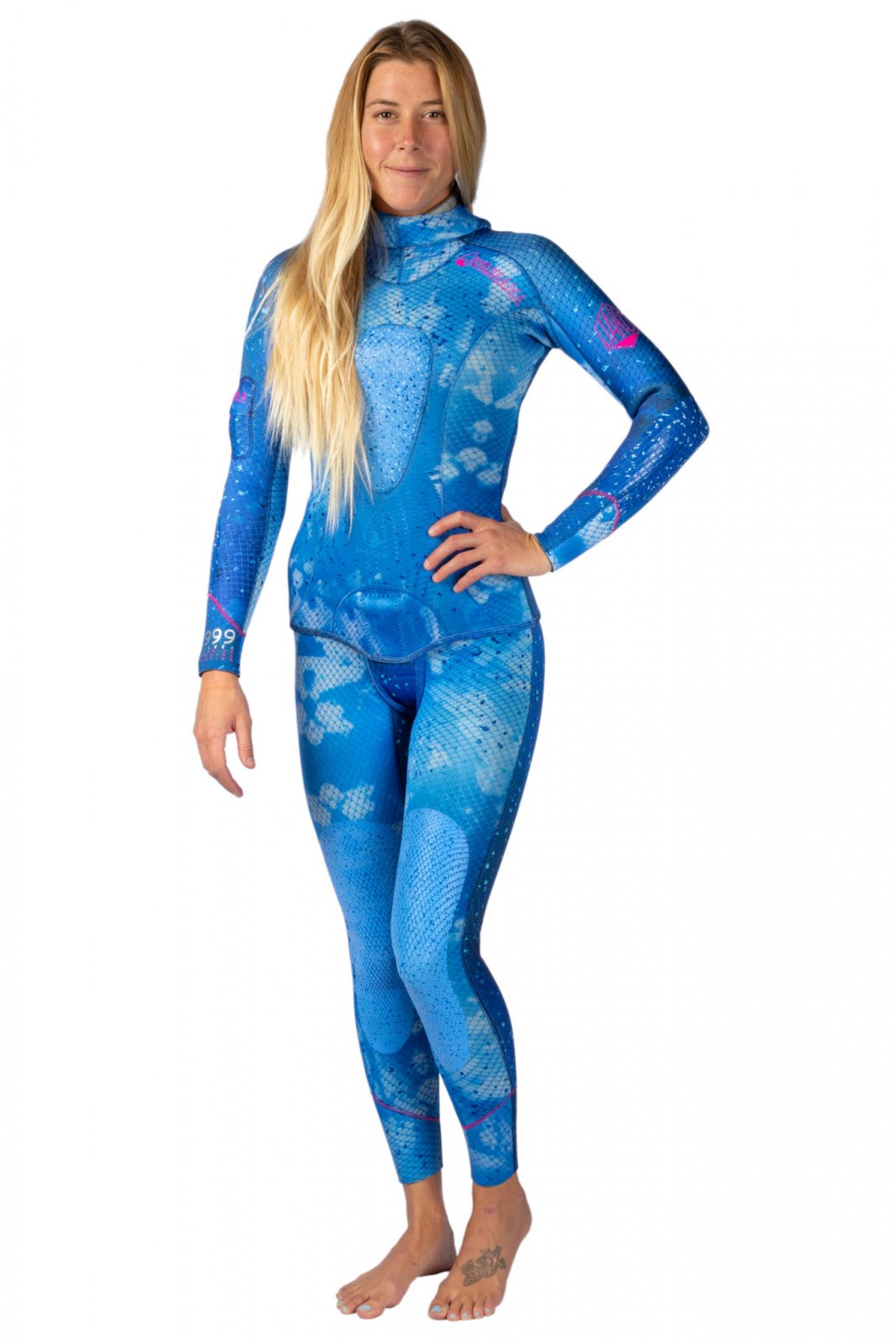 The Kajiki Wetsuit is Waihana’s latest creation. The best pelagic wetsuit for spearfishing and freediving built with Hawaiian waters in mind.  With glue-reinforced blind-stitching for durability, .999 silver titanium dioxide lining, and Smoothskin seals, the Kajiki is built to perform.

When Waihana set out to create Hawaii’s best spearfishing and freediving suit, they held nothing back. We sourced the very best eco-friendly neoprene and assembled our suit with bombproof and extremely durable glue-over-stitch bonding.  When you put on a WAIHANA Kajiki Wetsuit, you will feel the quality immediately, while brilliant additions like an integrated distress whistle located on the shoulder will keep you feeling safe all day.  Our titanium dioxide lining makes it a breeze to slip into the suit while underway, and with thick screen printing, you won’t go sliding around above deck.  Buy Local.  By Locals.  WAIHANA.

Kajiki is a term for pacific blue marlin that is commonly used around Hawaii’s fish markets and offshore fishing fleets. The name for all marlin in the Hawaiian language is A’u, and this distinction was derived from the Japanese name Kurokajiki. The blue marlin is no doubt the apex billfish of its pelagic environment. In 1970 the largest recorded pacific blue marlin ever caught on rod and reel weighing in at 1805 pounds was landed by a group of anglers aboard the charter boat Coreene C skippered by Capt. Cornelius Choy. Though males rarely exceed 300 lbs and females rarely exceed 1000 lbs, larger females are out there. Commercial fisherman have reportedly boated much larger fish with rumors existing of a behemoth Blue Marlin brought into the famous Tsukiji market in Tokyo, Japan that weighed in at nearly 2,500 pounds. Lacking the obvious stripes of the nairagi aka striped marlin this apex predator relies on its color contrast to blend in. Our newest suit was designed with the blue water hunter in mind and features many careful design elements catered to the open ocean freediving environment. The kajiki and virtually all open ocean pelagic fish rely on dark to light contrast to blend in with the sun rays on the surface, or the deeper darker shades of the deep from below. This was part a cornerstone of the design inspiration they applied to creating their newest wetsuit.